You are here: Home » Blog » Why the United Kingdom needs a written constitution 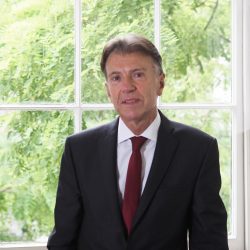 The Moment of Brexit

There are two interpretations of what followed the 2016 Brexit referendum.  One (the predominant view) is that Theresa May, and especially Boris Johnson, got it all wrong: they should have called a second referendum.  And two (the view I prefer) is that the house of commons, under John Bercow, and the supreme court, under Baroness Hale, have serious constitutional questions to answer – about the house of commons losing confidence in the government but not bringing it down, and about the prorogation of parliament being judicially reviewable even given the 1689 Bill of Rights.

Those who subscribe to the first view with anti-Johnson vigour draw the conclusion that we need a written (or codified) constitution. I came to the same conclusion during the pandemic, struck by the allegiance shown Brussels by many in the political class and the state generally.

The Commission on the Constitution

The conservatives (it may be difficult to remember) won the December 2019 general election, on the eve of Brexit.  Their manifesto included a provision for a constitution, democracy and rights commission.  This was a big – very big – idea, unprecedented in UK political history.  The government was blown off course by the pandemic (which involved borrowing £400 billion), lockdowns and an uncoordinated global recovery, and then the Russian invasion of Ukraine, leading to the fall of Boris Johnson – and then Liz Truss and Rishi Sunak and who knows what next.

The new Sunak government, which has affirmed the 2019 manifesto, should, I submit, put the constitutional commission in its next manifesto (whether the labour opposition does the same before or after).  That is why I have written a book, Pretence: why the United Kingdom needs a written constitution, to be published by Black Spring in April 2023.  It is a work of advocacy by a practising lawyer, not chosen reforms of an elected politician nor aspirations of a political activist.

I am interested more in form than content, about Westminster legislating a constitutional bill, which would then be put to the peoples of England, Wales, Scotland and Northern Ireland.  Those are separate mandates.

It is difficult, after leaving the EU, to avoid the four following big constitutional ideas.  First, replacing EU law with our own fundamental law, in the form of that written constitution.  That is opportunity.  Second, the federalization of the UK, with further devolution in England, to preserve the territorial integrity of the state (affirmed in the UN charter).  That could become necessity, and would have consequences for the House of Lords.  Third, and given the doctrine of subsidiarity in the council of Europe, a UK bill of rights replacing the Human Rights Act 1998.  That would be sovereignty.  And fourth – an idea accelerated by the accession of Charles III (who wanted to be defender of faith) – the disestablishment by parliament of the church in England, to align with Wales, Scotland and Northern Ireland.  There will be a constitutional crisis involving the monarchy, sooner or later: better about something real rather than Californian soap opera.

For a Written Constitution

I trace the lineage to which I now subscribe to a legal academic at Birmingham university, Owen Hood Philips in 1970. His big idea of an elective dictatorship was borrowed by Lord Hailsham – a former and future conservative lord chancellor – for his Dimbleby television lecture in 1976.  There was little legally thereafter, until a lecture by Lord Neuberger as president of the supreme court in 2014, when he suggested a written constitution (and this before the Brexit years).  Above all, I acknowledge Vernon Bogdanor, formerly of Oxford, and now King’s college in London, who has been arguing for a written constitution for many years.

There are three precedents.  First, and back in 1991, the left-leaning institute for public policy research, under James Cornford, drafted a written constitution as opposed to simply espousing one.  That was insightful.  Second, in 2006, students of Vernon Bogdanor codified the existing constitution.  That was revealing.  And third, during the 2010-15 coalition, Graham Allen, a labour MP, chairing the political and constitutional reform committee, produced a longer draft constitution with the help of King’s college lawyers.  Those were fine shoulders on which to stand.

I acknowledge the role of charter 88 and the first Blair government (especially Lord Irvine of Lairg).  Charter 88 never called for a written constitution.  And Blair moved on to managerialism in the state.  Gordon Brown tried and failed in 2007-10, but he has been brought back as a constitutional advisor by Sir Keir Starmer.

It is often claimed that the separation of powers, from Montesquieu via the 1789 US constitution, is an important doctrine.  Not true in the UK.  Walter Bagehot, in his brilliant English Constitution (1867), saw Westminster correctly as an emerging executive-controlled legislature.  The separation of powers, insofar as it existed, came to characterize only the executive/judiciary relationship from the 1870s (the royal courts of justice in The Strand opening in 1882).

The father of the constitution is A.V. Dicey (1835-1922), an Oxford legal academic, who published his Introduction to the Study of the Law of the Constitution in 1885.  The book made him an academic star, and vested his triptyque (see below) with legality.  In fact, Dicey – as the late Lord Bingham pointed out diplomatically – was a bitter liberal opponent of Irish home rule, turned conservative – and especially chauvinist – thinker.

First idea, parliamentary sovereignty.  Sure, parliament – comprising the sovereign, lords and commons – was the source of law.  But statute law was not subject to endless repeal, as Dicey suggested.  And he did not configure the secondary law of the judges adequately.  Ultimately, a tired Victorian discussion about legal sovereignty simply led to the obscuring of the UK state – a sovereign in international law, regardless of the head of state – and the failure to comprehend our dualist (as opposed to monist) legal system.

Second idea, the rule of law.  Everyone affirms this, especially when it coincides with their politics!  Few appreciate that Dicey distinguished the UK (still called England) from the rest of Europe, with their written constitutions and systems of administrative law.  Dicey’s ruling law was largely private law, at the height of empire, when state intervention remained relatively limited.

Third idea, conventions.  These are rules of morality.  They were Victorian gentlemen’s agreements.  But they are undermined by the political process.  Various grandees – such as the cabinet secretary – have proclaimed various conventions at suitable times, only to have their legal substance crumble.

Prof John Griffith put it well in the late 1970s (and this characterization cannot be bettered): ‘The constitution of the United Kingdom lives on, changing from day to day, for the constitution is no more and no less than what happens.’

I discovered in my researches a much better Victorian constitutionalist, James Bryce (1838-1922).  Born in Belfast, he became an Oxford legal academic, and colleague and friend of Dicey’s.  Bryce became a liberal MP, and a member of various governments.

Bryce is the originator of the trite idea that the UK constitution is flexible and not rigid.  Dicey quoted him to this effect in 1885.  It remained in the text until the last edition in 1959.  But this was long after Bryce had changed his position considerably.

In 1888, Bryce published his American Commonwealth (two volumes).  There, he sang the praises of the US’s written constitution (perhaps too enthusiastically).  Bryce was empirically minded to Dicey’s philosophizing, and he was the better constitutional lawyer for it.

In 1901, in Studies in History and Jurisprudence (another two volumes), he wrote interestingly on, among many topics, parliamentary sovereignty and federalism.  In 1918, academia having been long left behind, he chaired the first joint committee on House of Lords reform – obtaining agreement where many others subsequently did not.

The common lawyers – including some academics at Oxford – believe the old constitution thrives, and does not need to be written down.  During Miller One in 2017, and especially Miller Two in 2019, they argued alternatively: the judiciary should have decided otherwise; and when judges get things wrong, parliament should correct them.  More recently, they have toyed with the simple repeal of the Human Rights Act 1998, joining in the criticism of the Lord Chancellor, Dominic Raab.

Lord Sumption is a common lawyer, but not a Brexiteer.  He is pro-European, but not an advocate of a written constitution.  I admire his 2019 Reith lectures: I too want to stop political meddling (in the courts); and judicial interference in political questions.  On balance, I have concluded, those objectives are better guaranteed by writing down the rules of our constitution, than leaving it to competitive elites articulating institutional self interest in terms of constitutional truth.

Austen Morgan is a barrister in London and Belfast.  He is the author of: Pretence: why the United Kingdom needs a written constitution, to be published by Black Spring on 18 April 2023.